Member Vs. Non-Member Banks In The United States

For large banks, there is a provision in the bill that online applications for pass-through digital wallets must be made available. The pass-through digital wallet contains consumer protection terms where it notes the wallet ‘shall not be subject to any account fees, minimum balances, or maximum balances and shall pay interest at a rate not below the greater of the rate of interest on required reserves and the rate of interest on excess reserves’.

From one institution that likely most Americans have never even entered, the Federal Reserve, to the Post Office, where sometimes daily visits can be part of a person’s routine, this bill includes mandates for each agency to assist in the supply of digital dollar wallets for all. The Federal Reserve may maintain digital dollar wallets. And for low-income areas where the Federal Reserve may not be able to have a branch, the Fed will partner with postal retail facilities to carry out this mandate. For access to the digital cash, ATMs will be provided at U.S. Post Offices.

Now that both Chambers – the House and the Senate – have legislation introduced within both the Senate Banking Committee and the House Financial Services Committee, it does appear that the concept of digital dollars is one that Congress realizes reaches beyond the current coronavirus crisis, and may become a bi-partisan issue. With concerns over China and other countries developing a CBDC, the U.S. might be using this bill to introduce its own digital currency – and also be looking to solve one of the oldest policy issues of all in reaching out to offering banking services to the unbanked and underbanked. 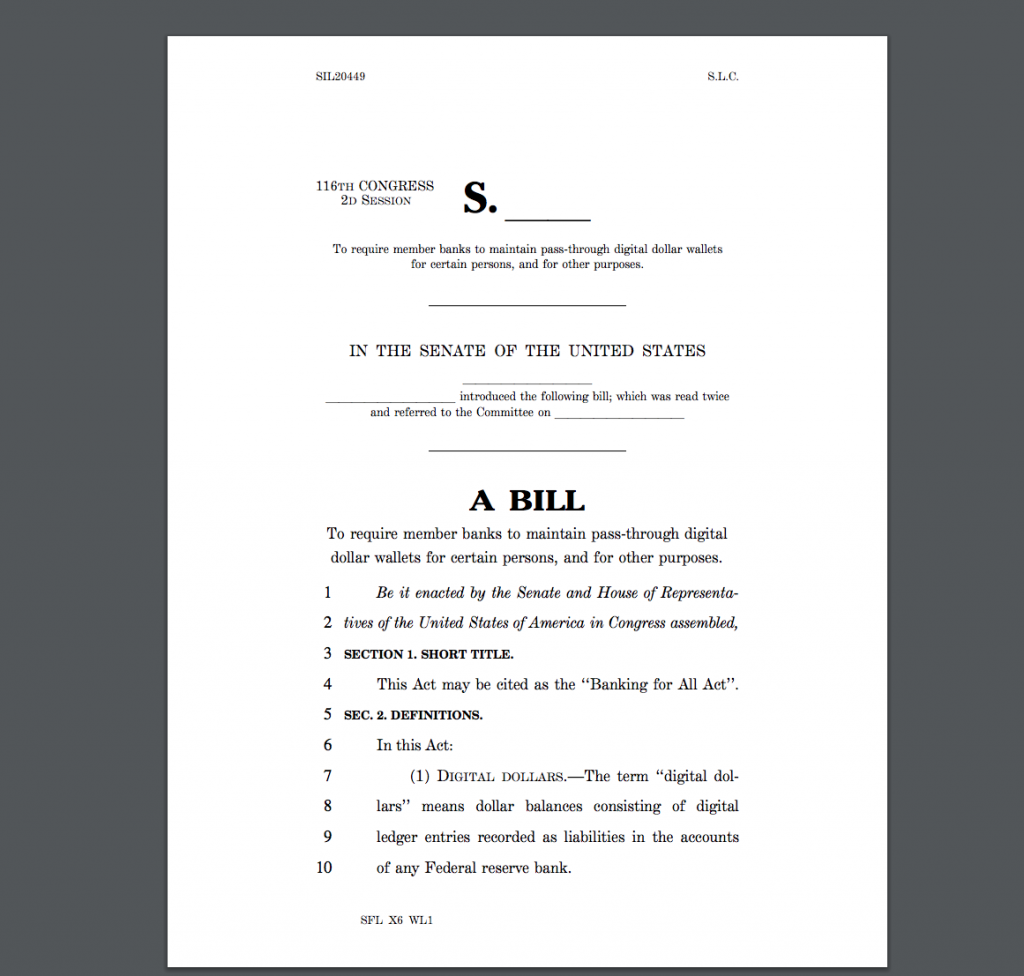