The Bitcoin world is abuzz with both excitement and curiosity… and the opportunity for upside potential to skyrocket. Everyone from everyday Joes to reputable experts is betting on Bitcoin’s success.

It’s been a wild 8 years since Bitcoin’s release. Most notably, we’ve seen headlines of people who fortuitously purchased bitcoins early on turn into kid-millionaires. With the immense potential of new cryptocurrencies, our attention often turns to Bitcoin as a quintessential example of what’s to come.

We’ve designed this guide to teach you about Bitcoin so that you’re up to speed and ready to join the crypto-world.

Released as an open-source software in 2009, Bitcoin is often credited as the world’s first cryptocurrency and is best defined as a digital currency that only exists electronically.

Bitcoin is decentralized, meaning it doesn’t have a central issuing authority or political institution that controls the amount of bitcoin in circulation. But the Bitcoin platform is far from anarchy.

The whole process is pretty simple and organized: Bitcoin holders are able to transfer bitcoins via a peer-to-peer network. These transfers are tracked on the “blockchain,” commonly referred to as a giant ledger. This ledger records every bitcoin transaction ever made. Each “block” in the blockchain is built up of a data structure based on encrypted Merkle Trees. This is particularly useful for detecting fraud or corrupted files. If a single file in a chain is corrupt or fraudulent, the blockchain prevents it from damaging the rest of the ledger.

Instead of relying on a government to print new currency, Bitcoin’s blockchain programming handles when bitcoins are made and how many are produced. It also keeps track of where bitcoins are and ensures the transactions are accurate.

This cap raises an argument that Bitcoin could have problems scaling. However, since Bitcoin is essentially infinitesimally divisible (meaning users can transfer as little as 0.00000001 bitcoins), this doesn’t really create a scaling issue. The magic number of 21 million is arbitrary.

It’s believed that Bitcoin was designed to become a deflationary currency to combat the government’s use of inflation as a hidden taxation to redistribute earned wealth. Many people praise Bitcoin for empowering the people by overthrowing the currency printing powers of transient politicians.

How Does Bitcoin Work?

One of Bitcoin’s most appealing features is its ruthless verification process, which greatly minimizes the risk of fraud. Since Bitcoin is decentralized, volunteers—referred to as “miners”—constantly verify and update the blockchain. Once a specific amount of transactions are verified, another block is added to the blockchain and business continues per usual.

Instead of a single central server verifying every transaction, essentially every other person on the network verifies each transaction.

Let me simplify the process so we all understand: Miners are presented with a complicated math problem and the first one to solve the math problem adds the verified block of transactions to the ledger. The calculations are based on a Proof of Work (POW), or the proof that a minimum amount of energy was spent to get a correct answer.

Bitcoin’s built-in reward system compensates successful miners with a chunk of bitcoins. The reward changes over time per Bitcoin’s programming, and the block reward halves about every four years. The current reward for each new block of verified transactions is about 12.5 bitcoins.

The mining processes have become increasingly sophisticated. The most popular method uses ASICS–Application-Specific Integrated Circuits. ASICS are hardware systems similar to CPU computers that are built for the sole reason of mining bitcoins.

Bitcoin mining operations take a lot of effort and power, and the sheer amount of competition makes it difficult for newcomers to enter the race and profit. A new miner would not only need to have the adequate computing power and the knowledge to use it to outcompete the competition but would also need the extensive amount of capital necessary to fund the operations.

While Bitcoin’s underlying technology may seem hard to grasp, using Bitcoin does not have to be difficult.  Here’s an example of how simple a real-world Bitcoin transaction can be.

Bitcoin Wallets: How to Store Your Bitcoins

So, you’ve got this digital currency. You can’t really chuck it in your pocket. Let’s go through some useful definitions before we jump into storing cryptos: 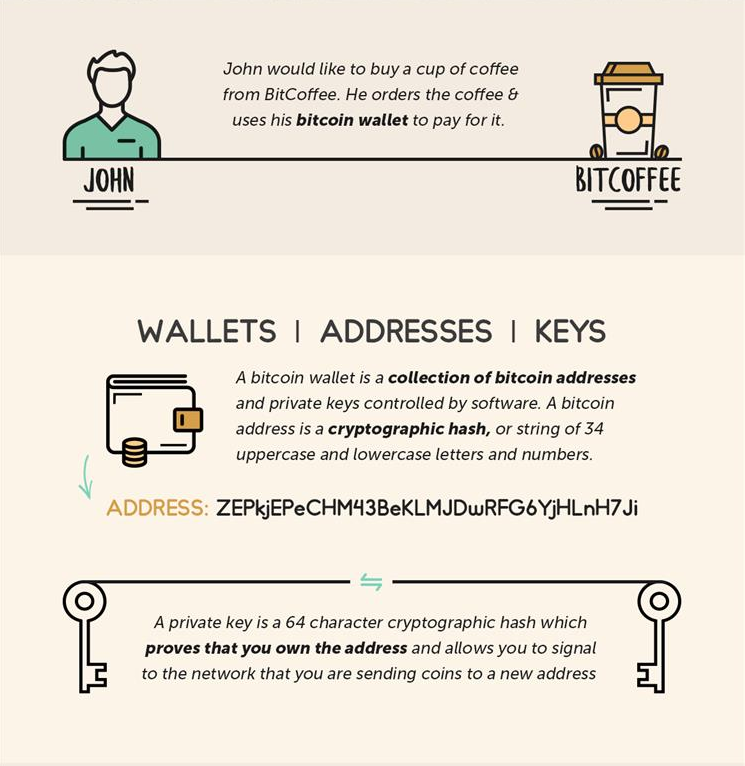 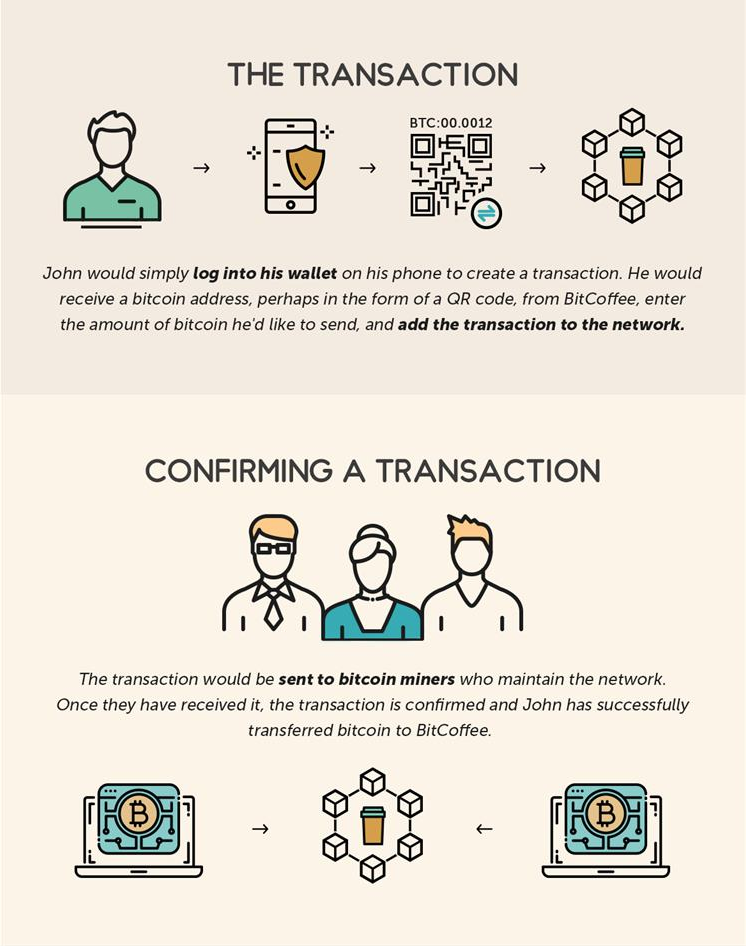 Now that we’ve got that out of the way, we can discuss Bitcoin wallet better.

When you hear of bitcoins being hacked, you’re probably hearing about an “exchange platform” being hacked. Since Bitcoin’s blockchain structure makes it EXTREMELY difficult to hack (borderline impossible), it is considered very secure.

Exchanges, however, are a different story. Perhaps the most notable Bitcoin exchange hack was the Tokyo-based MtGox hack in 2014, where 850,000 bitcoins with a value of over $350 million suddenly disappeared from the platform. This doesn’t mean that Bitcoin itself was hacked; it just means that the exchange platform was hacked. Imagine a bank in Iowa is robbed: the USD didn’t get robbed, the bank did.

Industries surrounding Bitcoin are new and not without their kinks. Bitcoin advocate and esteemed venture capitalist Marc Andreessen stated, “MtGox had to die for Bitcoin to thrive. Its former role from early Bitcoin days has been supplanted by better, stronger entities.”

Even though most wallet platforms are considered extremely secure, the prospect of hackers makes many users paranoid.

That brings us to hard wallets.

Hard wallets are so secure that there are countless stories of people carelessly misplacing a hard wallet full of cryptos and never being able to recover thousands, hundreds of thousands, or millions of bitcoins.

Some users opt to use a “paper wallet,” which is essentially your cryptographic keys on a piece of paper stored somewhere safe like a bank vault. Although paper wallets are not recommended, they can be done either by an online key generator (not recommended due to threats of malware) or handwritten.

Bitcoin is often hailed as the future of the monetary world for a variety of reasons.

The Immutable Ledger. Bitcoin’s blockchain public ledger is objective. People trust it to be fair because it is based on pure mathematics, rather than the human error and corruption of questionable politicians.

What are the disadvantages of Bitcoin?

For all its advantages, Bitcoin does still pose some significant issues.

Perhaps one of the largest reasons everyone hasn’t jumped on the Bitcoin train is because its price is shrouded in uncertainty. Many people are concerned with…

Another disadvantage is that while many people have heard of Bitcoin, few understand exactly what it is or how it functions. Guides like this help to push the needle and build a foundation, but it’s ultimately on the users to seek out more information.

Bitcoin’s strength lies in its networking effect. The more we spread the word and grow the Bitcoin community, the better off our bitcoins will be.

How to Buy Bitcoin

As mentioned above, in the early years of Bitcoin it was difficult to find a trustworthy place to buy the cryptocurrency.  With the increase in demand for Bitcoin, numerous new companies have sprouted to help facilitate easily purchasing Bitcoin.

These days, many Bitcoin exchanges have received huge investments from venture capitalists.  They’re also now more heavily regulated, especially those based out of the United States.

ALSO SEE: “How to Buy Bitcoin and other Cryptocurrencies” 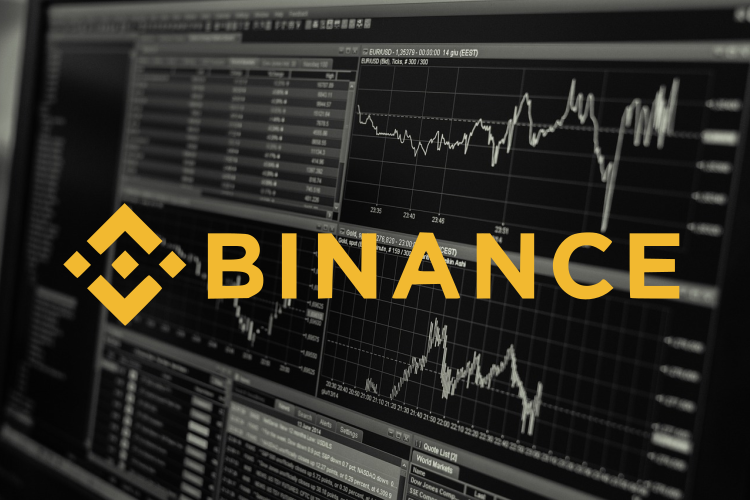 Satoshi Nakamoto is credited with designing Bitcoin. Nakamoto claims to be a man living in Japan born on April 5th, 1975 but there are speculations that he is actually either an individual programmer or group of programmers with a penchant for computer science and cryptography scattered around the United States or Europe.

Nakamoto is believed to have created the first blockchain database and has been the first to solve the double spending problem other digital currency failed to. While Bitcoin’s creator is shrouded in mystery, his Wizard of Oz status hasn’t stopped the digital currency from becoming increasingly popular with individuals, businesses, and even governments.

It’s important to take a look at Bitcoin’s popularity over time because… well, have a look below: 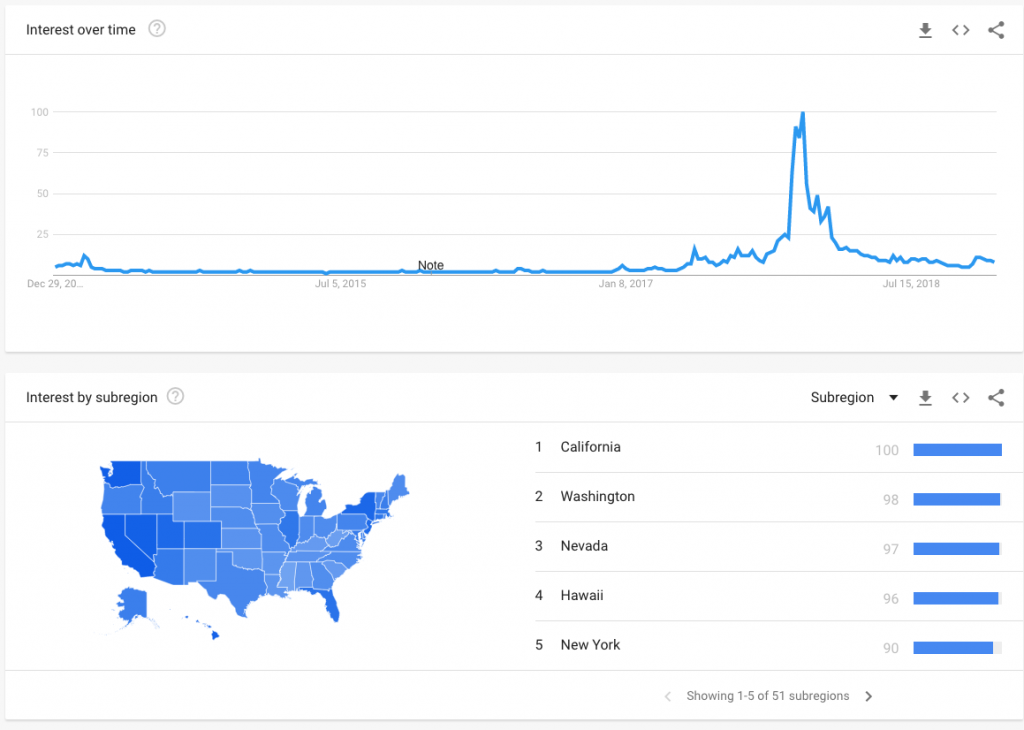 When Bitcoin began circulating in 2009, its early adopters consisted of programmers and a niche crowd of technical people. Its popularity over time indicates that many of the disadvantages of Bitcoin will likely dissipate as Bitcoin becomes more standard.

Unsurprisingly, Bitcoin’s price has grown with increased demand. As you can see, more buyers enter the market and raise the price as more people learn about Bitcoin and its technical applications.

Bitcoin’s popularity has undeniably been its number one advantage over the numerous other cryptocurrencies. By gaining a large number of adopters and users, Bitcoin has achieved a network effect that attracts even more users. Users who would otherwise be more apprehensive investing in a relatively unknown and unproven digital currency are reassured by Bitcoin’s performance over time, its growing community, and the fact that people they know are adopting cryptos.

Bitcoin’s first mover advantage, popularity, and network effect have cemented it as the most popular cryptocurrency with the largest market cap. Rivals like Litecoin may have numerous technical advantages over Bitcoin’s algorithm, but they only hold a fraction of Bitcoin’s market cap and their dwindling communities largely consist of loyalists, speculators, and antagonistic anti-Bitcoin buyers.

What We Can Learn From Bitcoin’s Popularity

News drives attention, and attention drives understanding. While many people have flocked to cryptocurrencies purely in search of financial gain, there are a ton of people that are simply curious. Some peoples are sticking around and trying to understand what cryptos are all about. While more users increase Bitcoin’s network effect, more people forming in-depth understandings of cryptos also strengthen the active Bitcoin community.

Bitcoin is still a relatively young currency but it has achieved substantial user adoption and growth. Bitcoin’s network only grows stronger as more people learn about Bitcoin’s fundamental technology and potential in relation to other methods of value storage.

Bitcoin paints a future that is drastically different from the fiat-based world today. This is either exciting or unsettling for the vast majority. Equip yourself with the best possible resources. Become active in communities that further explore not only the technical applications of Bitcoin and other cryptos but with their overall potential to disrupt virtually every market. Brace yourselves. Cryptos are coming.