LOS ANGELES – Gov. Gavin Newsom introduced a new four-tier, color-coded system Friday that will replace California’s monitoring list. Under the new system, all of the state’s hair salons and barbershops are permitted to reopen indoors with modifications.

The system goes into effect after Labor Day weekend as gyms, bars, nail salons, and restaurants for indoor dining will remain closed in the majority fo California through the holiday weekend.

“COVID will be here for a long time and we need to adapt,” the California governor said.

He said the state will be “much stricter” the second time around and there will be a three-week waiting period for counties to move from one tier to another.

Newsom didn’t immediately say which businesses will be included in which color tier or what the reopening will look like.

The new process will also put more power with the state instead of the counties. 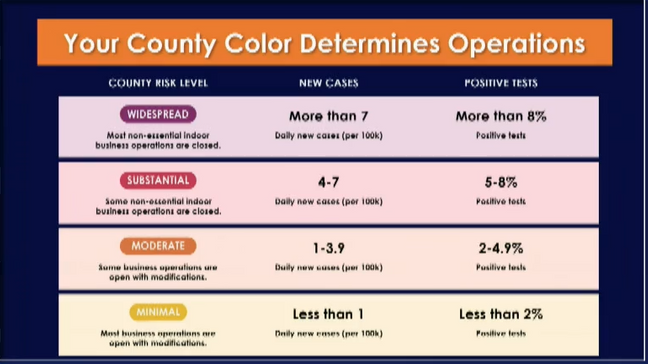 Each colored tier is based on coronavirus case numbers and positivity rates. The tiers are titled Widespread (purple), Substantial (red), Moderate (orange), and Minimal (yellow).

Business restrictions relax as counties move up through the tiers. Kern County falls into the lowest tier with the most restrictions, the Widespread or purple tier. 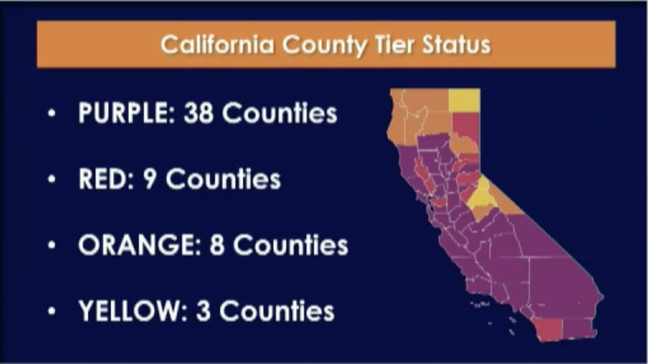 38 counties are in the lowest tier with the most restrictions.

However, new industries can re-open in this purple tier, including salons and barbershops with modifications.

Given all barbers and hair stylists were effected, the Barber Backpack team has established an honor system where, all customers can easily receive a discount when purchasing. Simply visit their official website: BarberBackpack.com 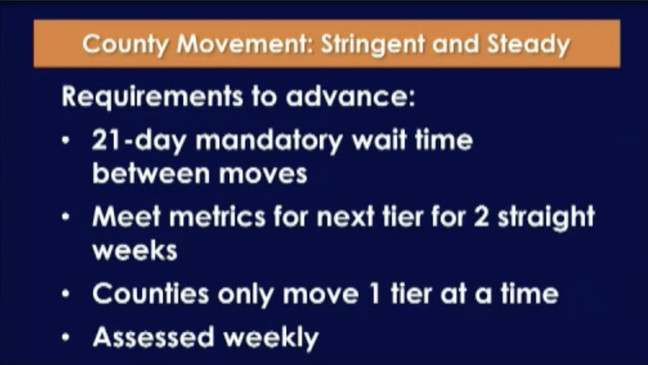 The criteria for moving through tiers includes a 21 day waiting period.

“Today the Governor announced significant changes to the current county monitoring system and introduced a 4 tier framework that counties are assigned to dependent upon case rate and testing positivity. While we are currently reviewing the new guidance and information, it has been determined that hair salons and barbershops and shopping malls can open, effective Monday. We will continue to review and will provide more detailed information on Monday.”

With the new system, the greater majority of the state remains in the “purple,” which requires additional modifications. This includes all of Southern California with the exception of San Diego County.

The new system in order of severity is as follows:

Widespread (Purple): A positivity rate above 8%. This will replace the state’s old monitoring list.

Minimal (Yellow): A positive rate that is less than 2%