Los Angeles, CA — As unemployment numbers surpass recent records and reach the millions the CARES Act will provide eligible Americans with an additional $600 weekly payment, on top if their awarded unemployment amount.

To date however, no $600 payments have been made. The California EDD put out a press release on April 2, 2020 stating they were waiting on guidance from the Department of Labor, and hoped to distribute those payment this week.

The EDD is working on the programming needed to implement the extra $600 per week benefit payment paid by the federal government to workers collecting regular UI benefits. That programming can’t be finalized until states receive the details and final guidance from the U.S. Department of Labor. Barring any big surprises in that guidance when it arrives, it is EDD’s hope that the extra benefit payments can begin next week and continue thereafter as bi-weekly payments come due for unemployed Californians. It always takes about three (3) weeks for most Californians to receive their first benefit payment if found eligible, with the exception primarily of wage and identity issues. But after that first benefit payment, unemployed workers will have to answer basic certification questions every two weeks to receive bi-weekly payments as long as they remain eligible.

2. 13-week extension of UI benefits for those who exhaust their current benefits.

The EDD is also awaiting final details to be able to start programming to grant an additional 13 weeks of federally paid unemployment benefits when an unemployed worker runs out of all of the benefits associated with their regular state-administered unemployment claim. In California, regular state benefit payments can be made for up to 26 weeks within a one-year timeframe. ” 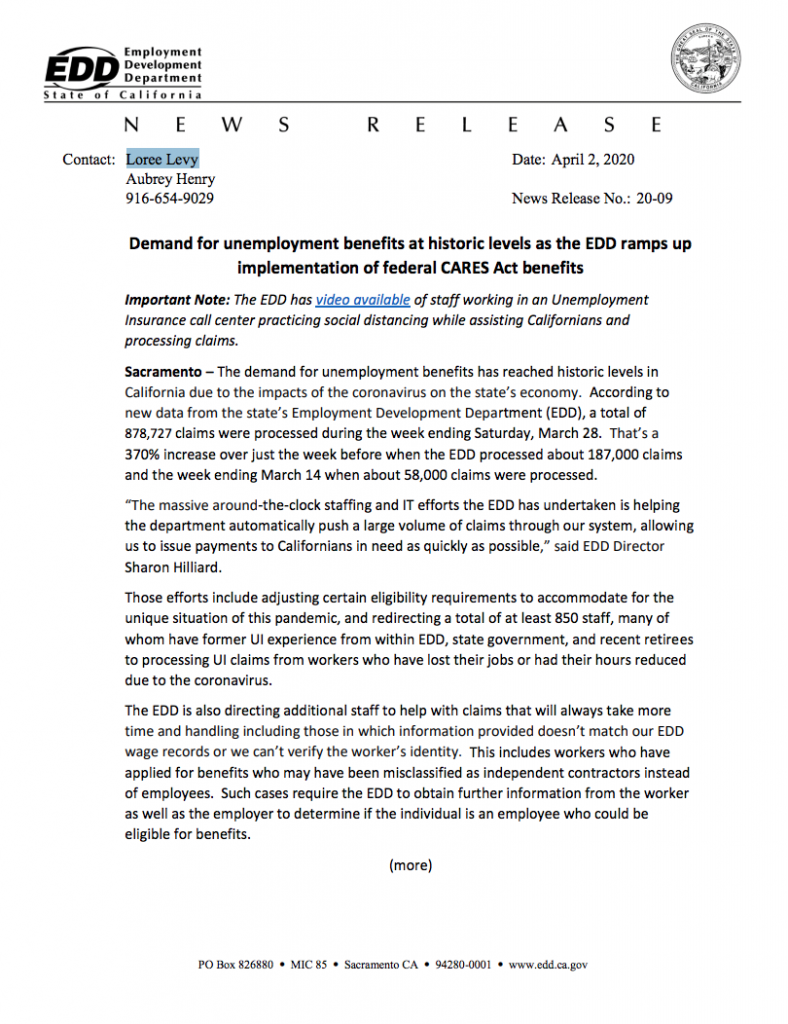 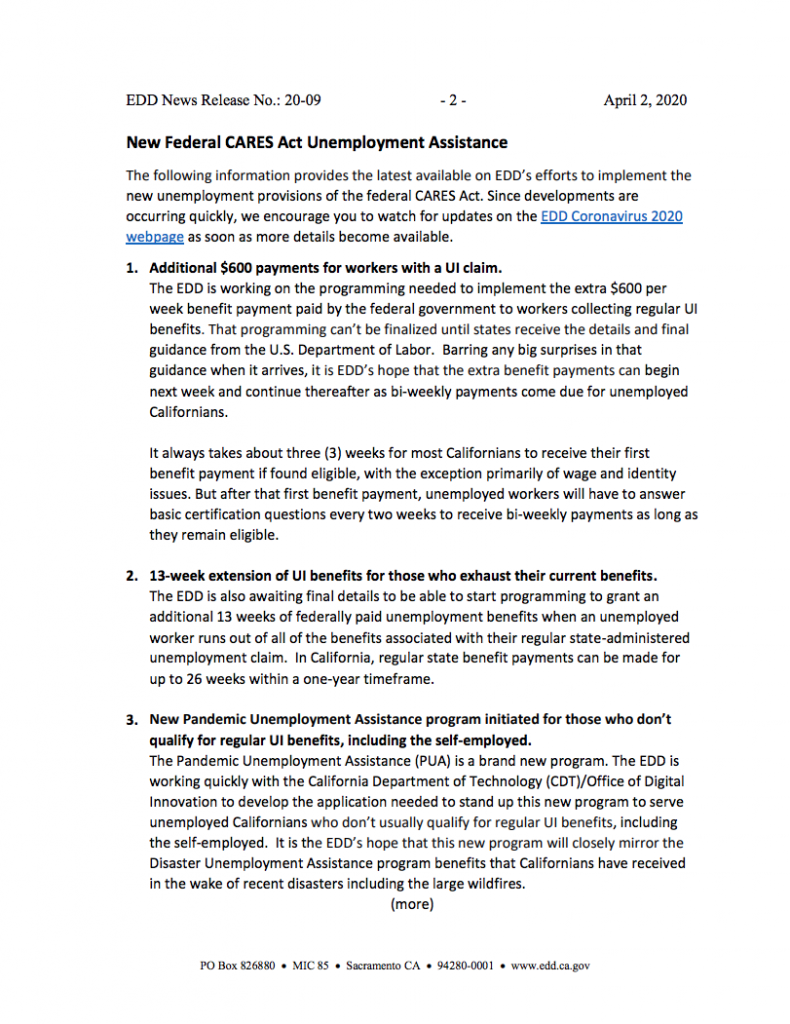 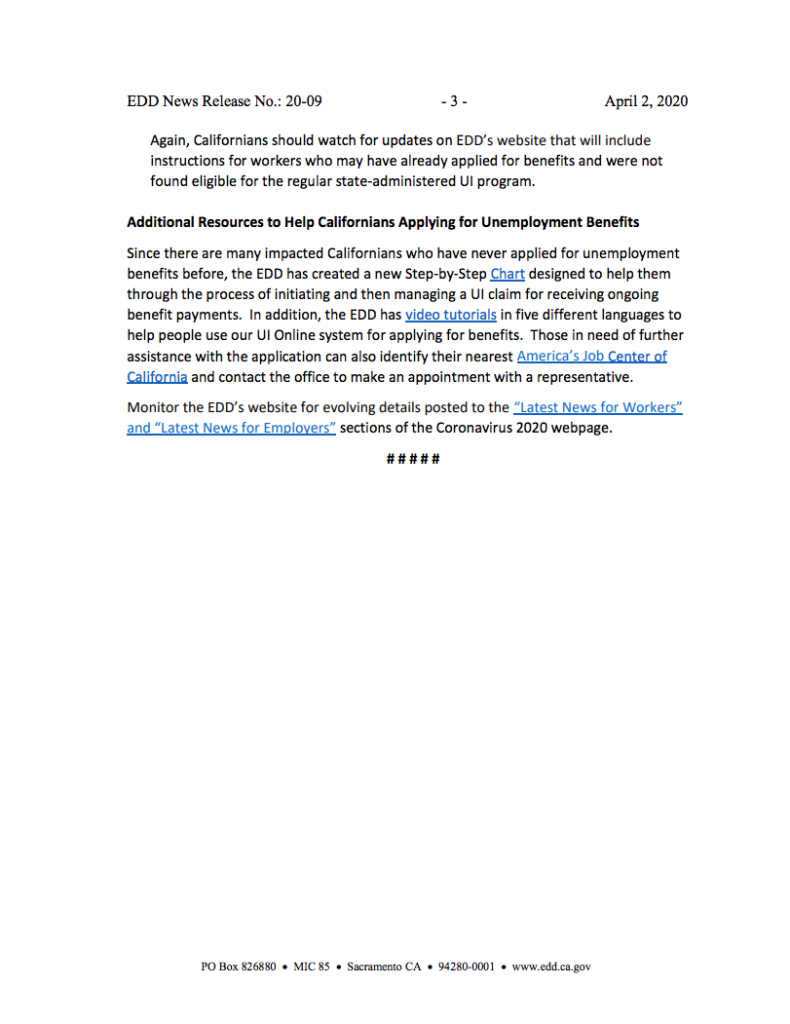