In 1924, the Virginia General Assembly enacted the Racial Integrity Act. The act reinforced racial segregation by prohibiting interracial marriage and classifying as “white” a person “who has no trace whatsoever of any blood other than Caucasian.” The act, an outgrowth of eugenist and scientific racist propaganda, was pushed by Walter Plecker, a white supremacist and eugenist who held the post of registrar of Virginia Bureau of Vital Statistics.

The Racial Integrity Act required that all birth certificates and marriage certificates in Virginia to include the person’s race as either “white” or “colored.”

that became codified into the law of some states in the early 20th century. It was associated with the principle of “invisible blackness” that developed after the long history of racial interaction in the South, which had included the hardening of slavery as a racial caste and later segregation. It is an example of hypo-descent: the automatic assignment of children of a mixed union between different socioeconomic or ethnic groups to the group with the lower status, regardless of proportion of ancestry in different groups.

In 1928, the General Assembly attempted to fix a problem with its racial definitions. According to the law, a “colored” person was someone with one-sixteenth or more “negro blood,” while a white person had no trace of non-white blood. So how should the law define someone who was part African American, but less than one-sixteenth?

Rather than create a new category, House Bill No. 2, introduced by James H. Price, of Richmond, on January 18, redefined “colored.”

The term now would be applicable to anyone having “any ascertainable degree of negro blood, or who is descended on the part of the father or mother from negro ancestors, without reference to or limit of time or number of generations removed …” This concept became popularly known as the “one drop rule.”

Virginia Indians vigorously opposed the bill, fearing that such language would lead to their being legally identified as “colored,” and, by extension, to their legal and cultural identity being erased.

“I will tie a stone around my neck and jump in the James River rather than be classed as a Negro,” Cook, of the Pamunkey Indians, said at a Senate hearing on February 3. The black press in Virginia took issue with Cook’s statements for their perceived insult to African Americans.

In the Richmond Planet, John Mitchell Jr. responded sarcastically: “Certain it is that Negroes join with him in his effort to maintain the racial integrity of his tribe and they do not want any of its mongrel members thrown over to their side of the contention.” While the House passed the Price bill by a vote of 68 to 9 on January 30, the Senate rejected it on February 13, 26 to 13.

Two years later, though, the issue arose again. The Richmond Times-Dispatch had reported that white schools in Essex and King and Queen counties were being forced to educate young people who fit neither the legal definition of white nor “colored.” A new bill was introduced with language similar to Price’s, defining as “colored” “any person in whom there is ascertainable any negro blood.” It was again opposed by Virginia Indians.

In a hearing on February 1, Cook told the assembly: “You have taken our land, taken our forests, taken our fishing grounds—and now with one last stroke of the pen you are trying to take our very name.”

The Senate responded by amending the bill to provide that “members of Indian tribes living on reservations allotted them by the Commonwealth of Virginia having one-fourth or more Indian blood and less than one-sixteenth of Negro blood shall be deemed tribal Indians so long as they are domiciled on said reservations.”

Because they did not live on reservations, Indians in Amherst and Rockbridge counties henceforth would be classified as “colored,” according to the new law.

In 1975, Virginia’s Assembly repealed the remainder of the Racial Integrity Act. In 1979, it repealed its state Sterilization Act. In 2001, the legislature overwhelmingly passed a bill (HJ607ER) to express the assembly’s profound regret for its role in the eugenics movement. 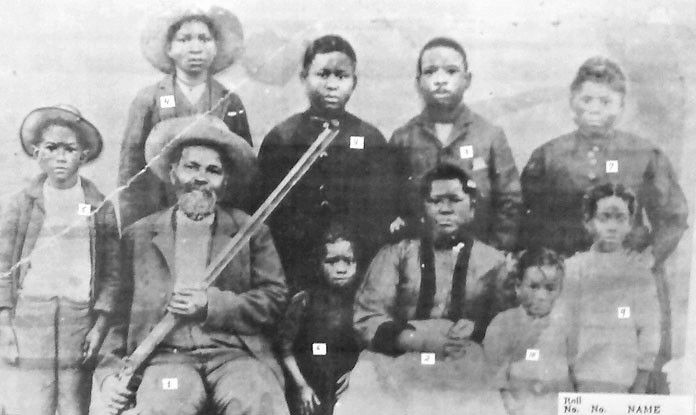