Gov. Gavin Newsom signed a bill to allow college athletes to hire agents and make money from endorsements. The measure, the first of its kind, threatens the business model of college sports.

It has been a bedrock principle behind college sports: Student-athletes should not be paid beyond the costs of attending a university. California threatened that standard on Monday after Gov. Gavin Newsom signed a bill to allow players to strike endorsement deals and hire agents.

The new law, which is supposed to take effect in 2023, attacks the National Collegiate Athletic Association’s long-held philosophy that college athletes should earn a degree, not money, for playing sports. That view, also under assault in several other states and on Capitol Hill, has held up even as the college sports industry swelled into a behemoth that generated at least $14 billion last year, and as athletes faced mounting demands on their bodies and schedules.

Under the California measure, thousands of student-athletes in America’s most populous state will be allowed to promote products and companies, trading on their sports renown for the first time. And although the law applies only to California, it sets up the possibility that leaders in college sports will eventually have to choose between changing the rules for athletes nationwide or barring some of America’s sports powerhouses from competition. 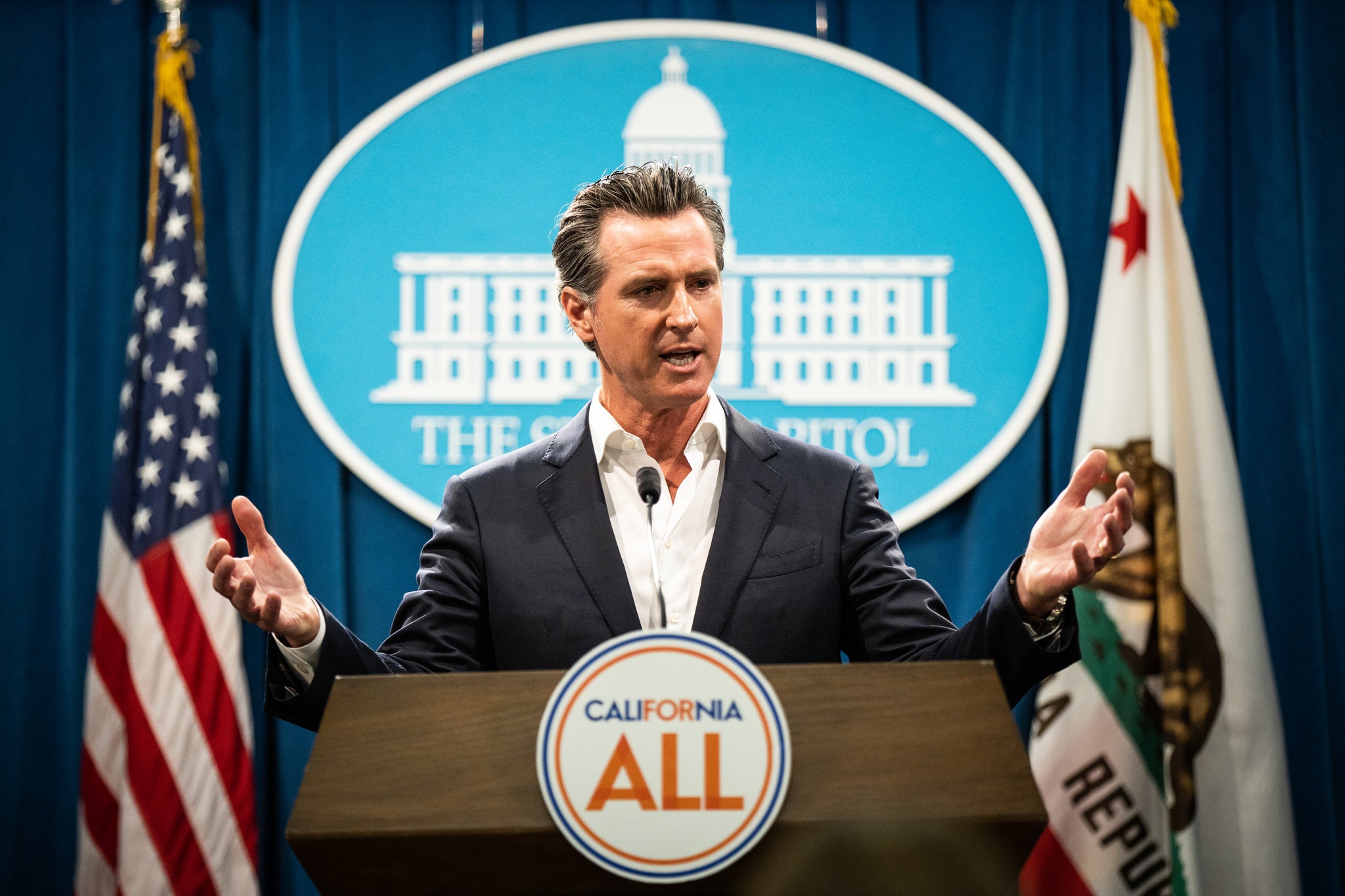 In an interview with The New York Times, Newsom described the law as “a big move to expose the farce and to challenge a system that is outsized in its capacity to push back.”

“Every single student in the university can market their name, image and likeness; they can go and get a YouTube channel, and they can monetize that,” Newsom said. “The only group that can’t are athletes. Why is that?”

The N.C.A.A., which has been studying the possibility of rewriting its rules on endorsements, has called the measure “unconstitutional” and said without elaboration on Monday that it would “consider next steps in California.”

“Changes are needed,” the association said in a statement, but insisted that it was best suited to develop new guidelines that could be enforced on about 1,200 campuses nationwide. The Pacific-12 athletic conference, which includes four California universities, said in a separate statement that the law would “lead to the professionalization of college sports and many unintended consequences.”

Both the N.C.A.A. and the Pac-12 lobbied against the measure, as did several powerful universities, including California, Stanford and Southern California. If the association declared the schools ineligible to compete, their teams could not appear in showcase events like the College Football Playoff and the men’s and women’s basketball tournaments, made-for-TV moments that help some universities pull in more than $100 million each year.

If it survives any legal battles and takes effect, the California measure will apply to the state’s biggest college sports programs, as well as many of its smaller ones. With limited exceptions, the schools and the N.C.A.A. will not be allowed to keep students from participating in sports if they have been paid for the use of their names, images or likenesses, whether in connection with lucrative shoe contracts or modest endorsements for local restaurants. Students will also be permitted to hire agents, a move now restricted.

“People are just so aware of the fact that you’ve got a multibillion-dollar industry that — let’s set aside scholarships — basically denies compensation to the very talent, the very work that produces that revenue,” said Senator Nancy Skinner, a Democrat, who wrote the legislation. “Students who love their sport and are committed to continuing their sport in college are handicapped in so many ways, and it’s all due to N.C.A.A. rules.”

Skinner introduced the legislation in February, and Newsom said he had not expected it to reach his desk. Still, sensing the severity of the legislative threat from California, as well as from a handful of other states and Congress, the N.C.A.A. announced in May that it had convened a committee to consider changes — a tactic that supporters of the existing model hoped would buy time and stave off legislative action.

The group’s recommendations are expected in October, but California officials, skeptical that the N.C.A.A. would adopt substantive changes, chose to press ahead with their legislation.

At least on this issue, the sentiment was bipartisan; the bill passed unanimously.

Like Newsom, Senator Brian Jones, a Republican from San Diego County who supported the legislation, doubted that the leaders in college sports would pull together quick reforms.

“My attitude was, let’s prod them a little bit and see what happens,” Jones said.

The legislation left open the possibility that California could rework its approach once the N.C.A.A.’s plans are made public. At the same time, the law also explicitly declared that it was the Legislature’s intent “to avoid exploitation of student-athletes, colleges, and universities.”

Before and after it became law, the California proposal drew strong support from some current and former student-athletes who said that it would edge the college sports industry, however reluctantly, toward an era when its athletes would be compensated for their talents and the risks that they assume.

Only a fraction of college athletes eventually turn professional, and for the rest, “college is the only time they have to profit off their hard-earned athletic successes,” Hayley Hodson, a former Stanford volleyball player, said during legislative testimony in July.

Others who have taken the field for their universities, like Michael Pittman Jr., a wide receiver at Southern California, were more ambivalent and said they expected to earn their compensation in professional leagues.

“The N.C.A.A. has given us a great opportunity to play football,” Pittman, a senior whose father played in the National Football League, said in an interview. “I think it would be great for players to get paid, but honestly, that’s way past me. I’m just going to keep playing every week until I reach that level that actually pays me.”