Lately the mainstream media., which is largely controlled by the a select group of companies and thus a small group of executive and people. Most “Zionist Jews” and Jewish people in general have take to social media to discuss their disapproval for anyone saying literally anything against Jewish people and/or their achievements.

Many of the combative individuals mislabel celebrities such as, Entrepreneur/Artist Kevin L. Walker “Antisemitic” and a “Bigot” however, when basic discussion takes place, the facts reveal that Walker is actually not antisemitic or a bigot.

Below shows a recent conversation that took place amongst a community of people of color regarding the topic of “antisemitism,” oppression, and people of color and the Hollywood community and workplace. Its safe to safe that, people are Terrified to speak up, say anything, and/or even express dissatisfaction with the state white-washed “anti-black” state of Hollywood.

DEFINITION OF A ‘SEMITE’

By literal definition a semite is: ” a member of any of the peoples who speak or spoke a Semitic language…”

1870–75; < New Latin sēmīta < Late Latin Sēm (< Greek Sḗm < Hebrew Shēm Shem) + -īta -ite1
Below is one of the recent conversations that has taken place regarding the subject. We will continue to investigate and dig deeper. 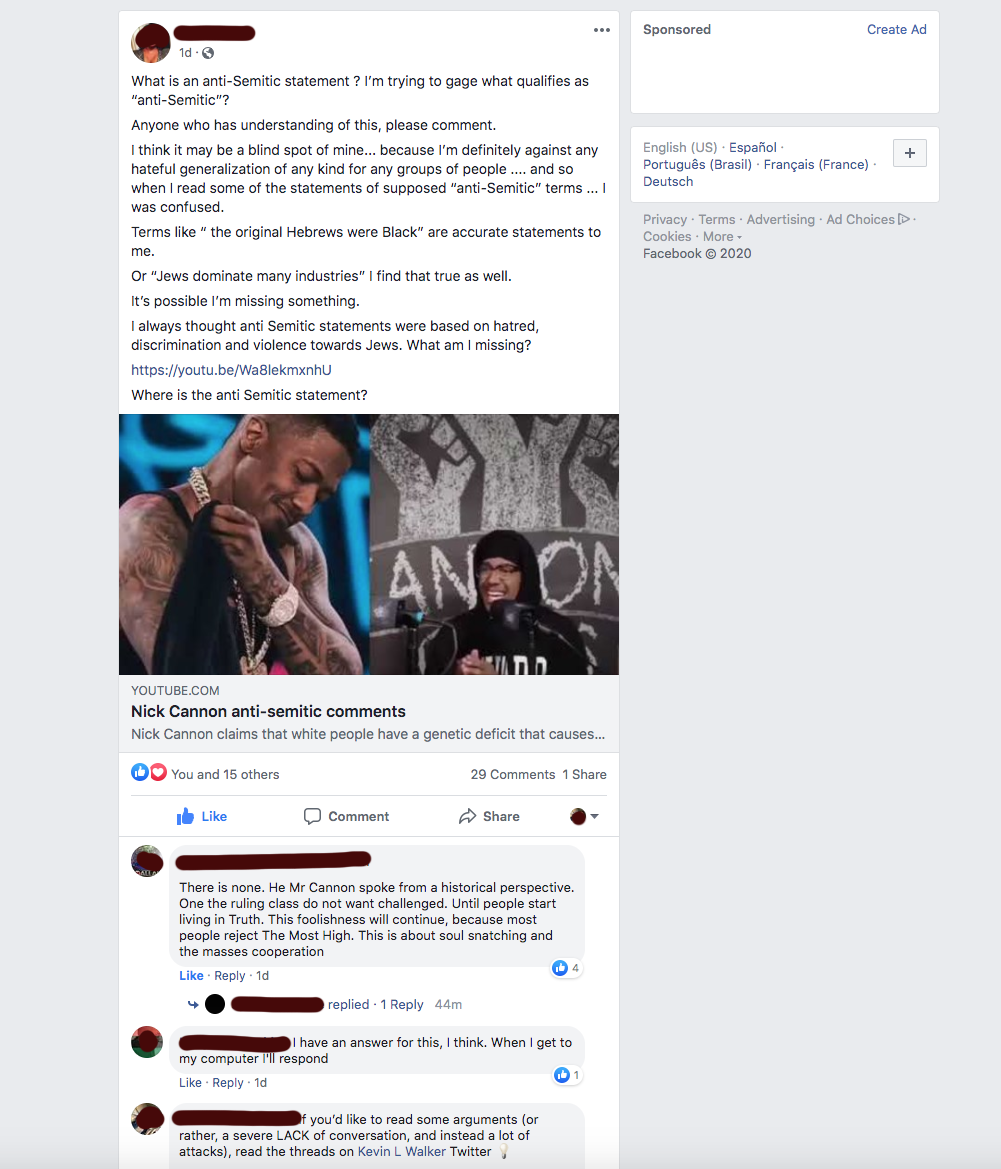 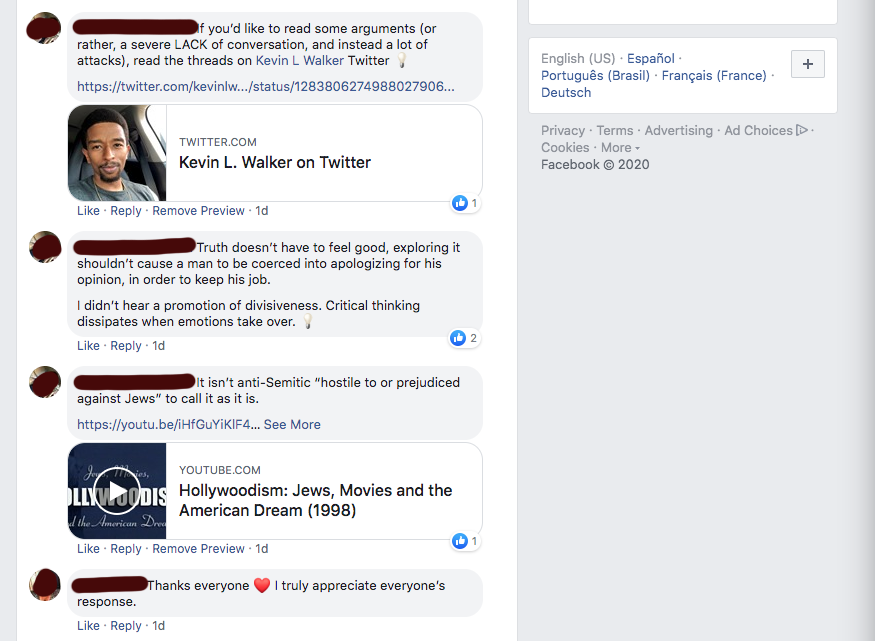 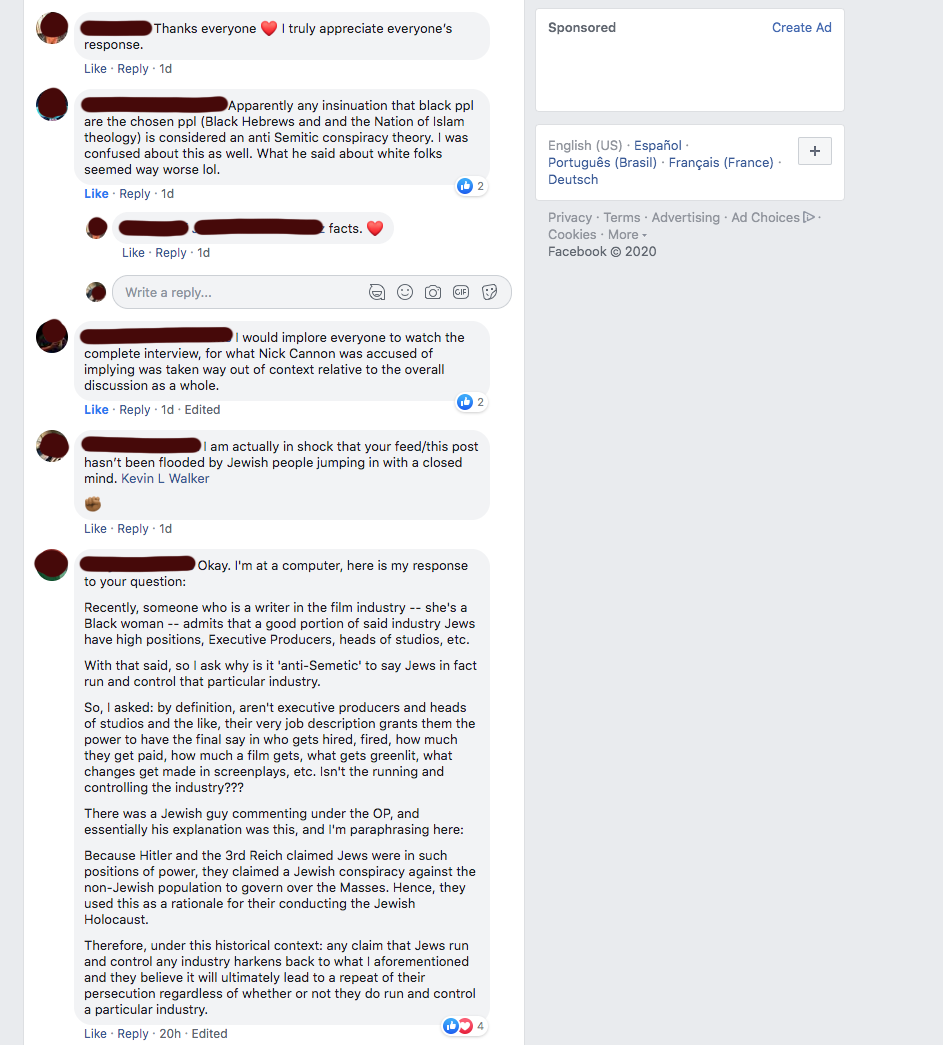 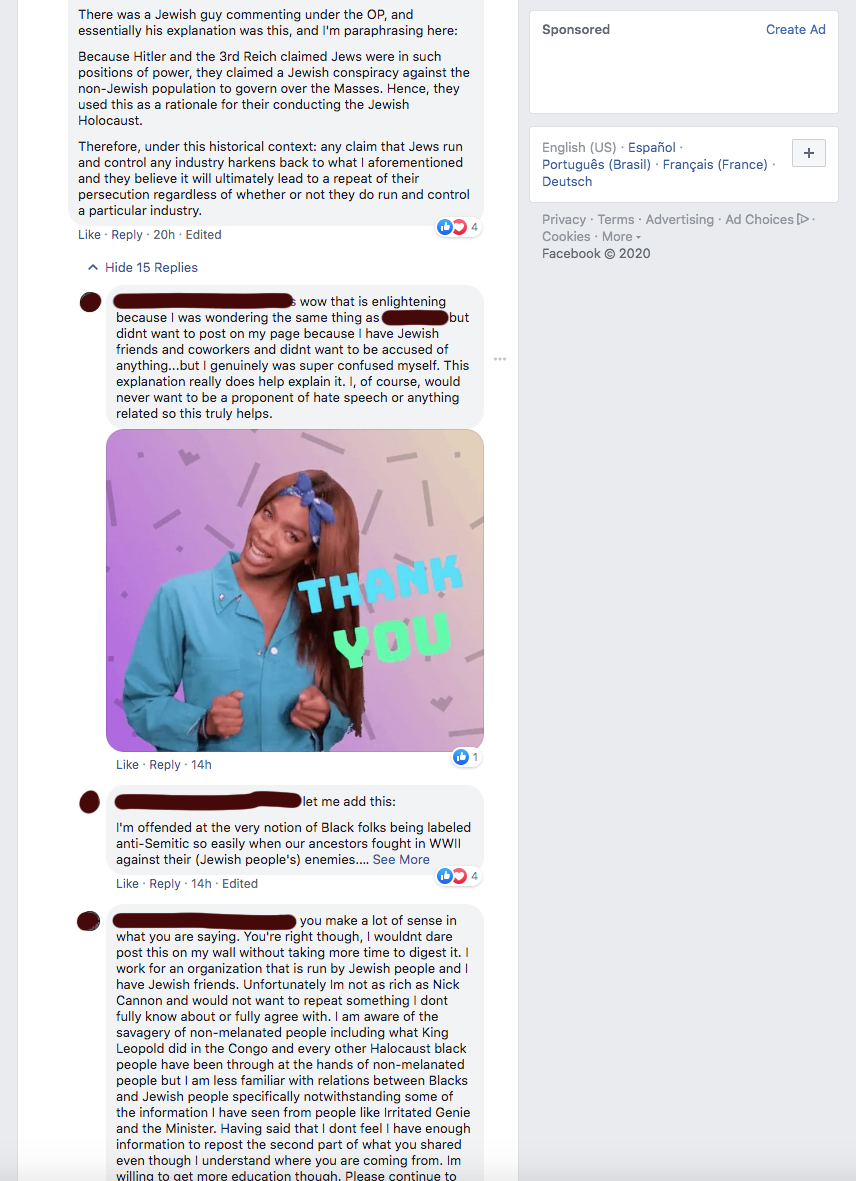 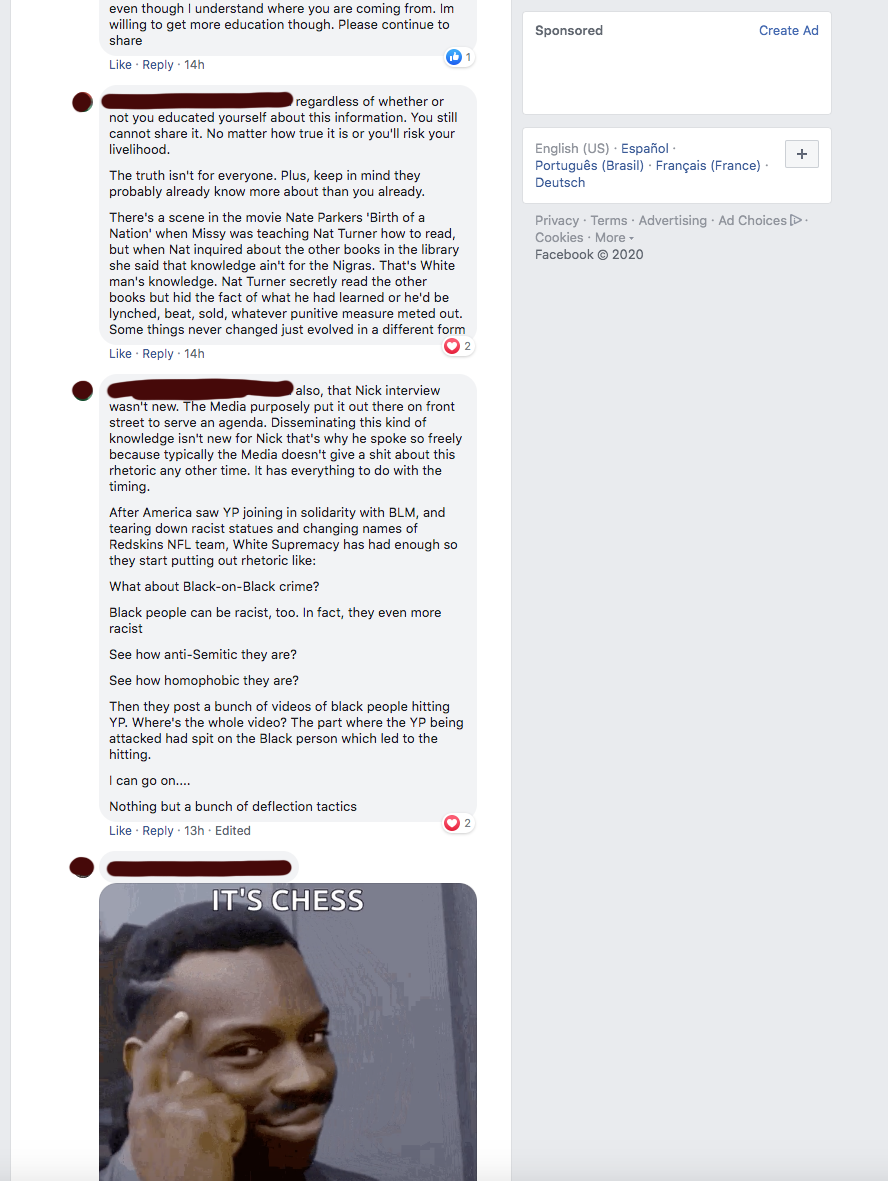 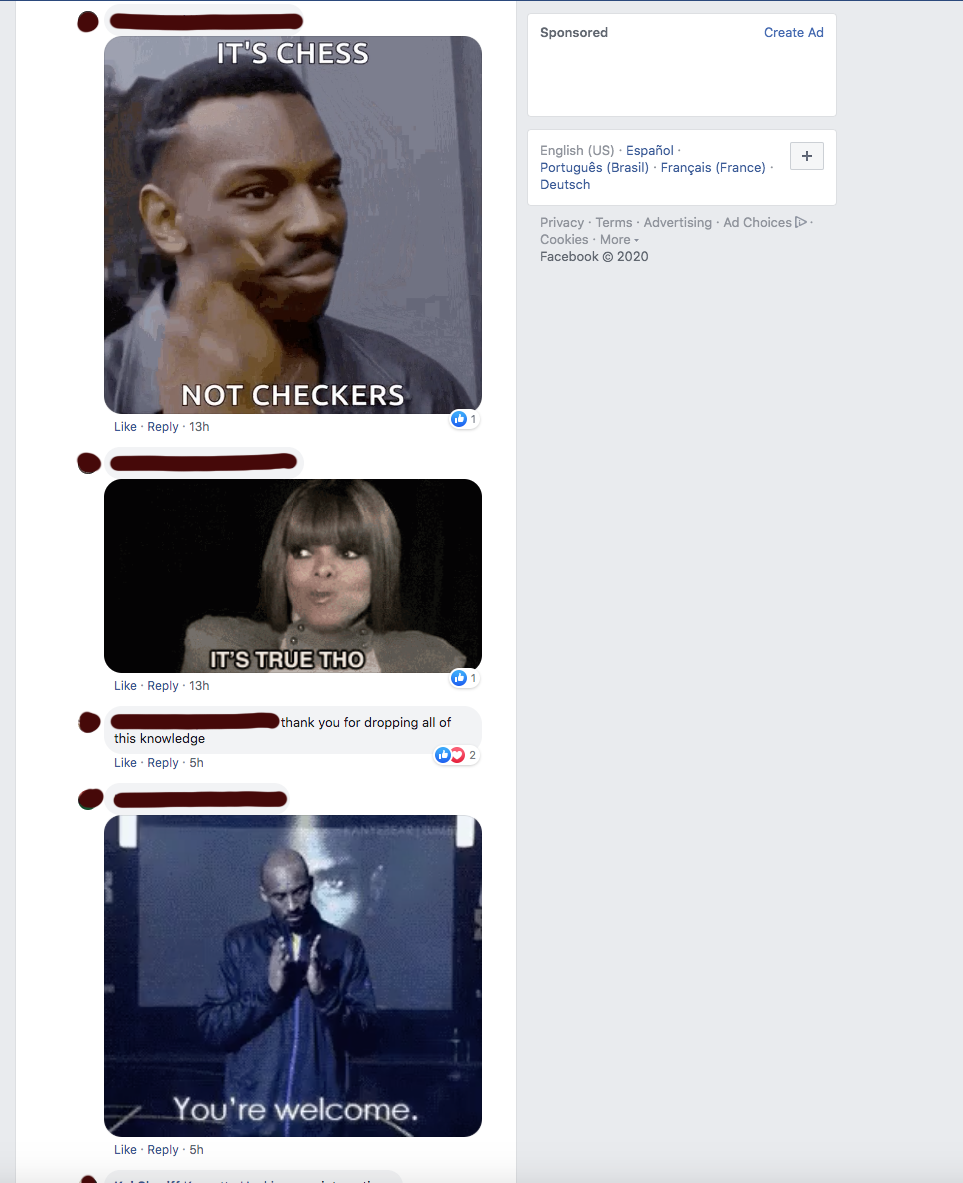 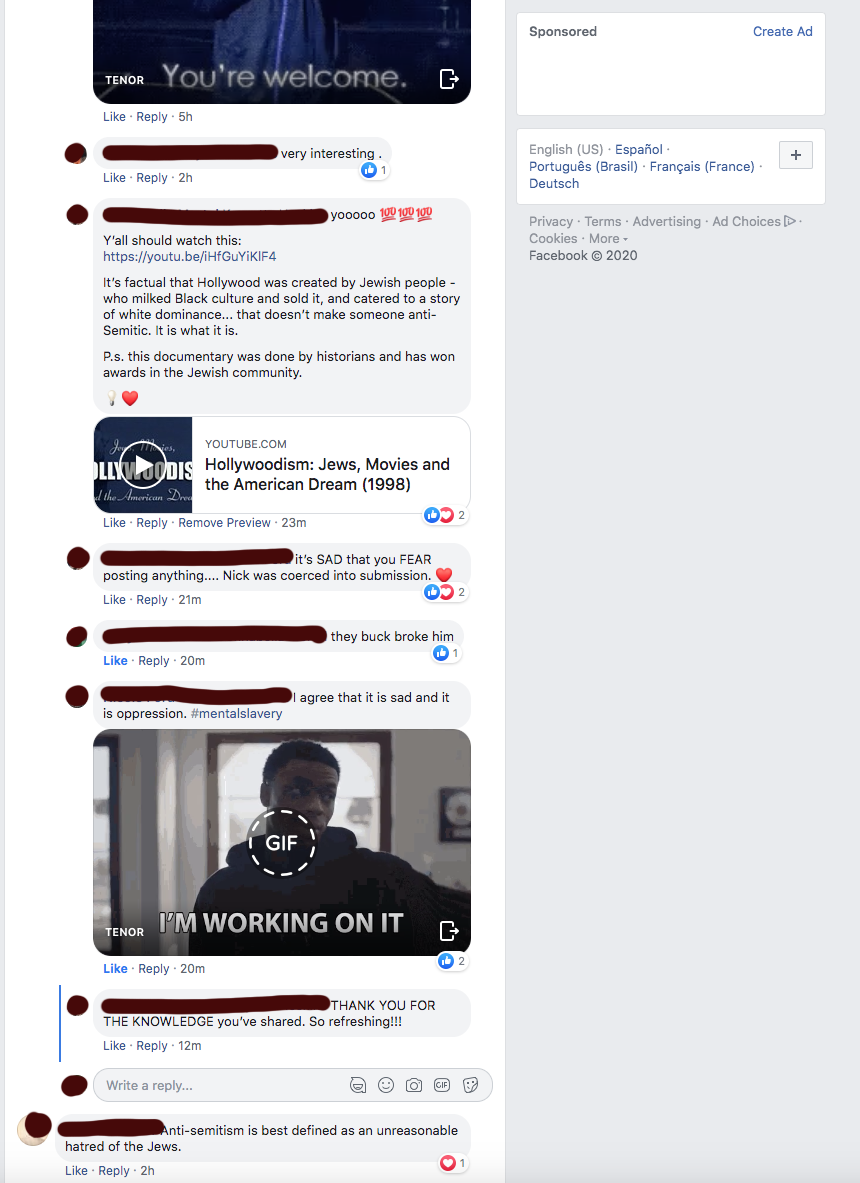