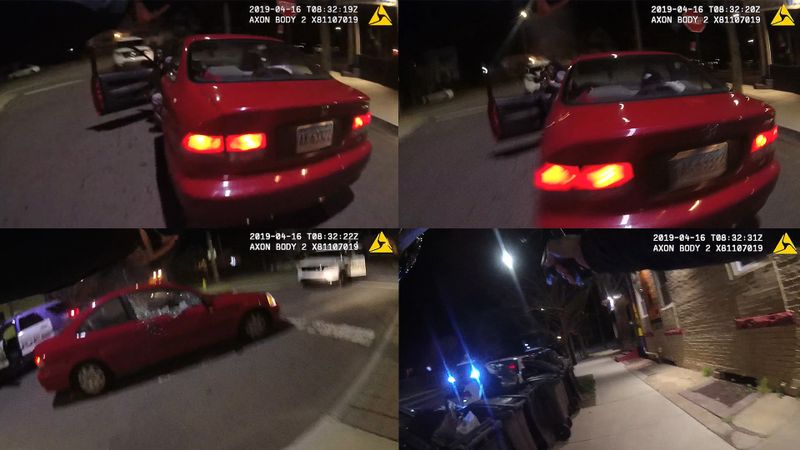 Clergy members in New Haven are calling for Yale University and the Hamden Police Department to fire the two police officers who shot a woman in a car in New Haven last week.

More than a week has passed since police from Yale and Hamden opened fire on a car at the intersection of Dixwell Avenue and Argyle Street in New Haven early in the morning of Tuesday, April 16 while investigating reports of an attempted armed robbery in Hamden. In the days since. protesters have been demanding that police release the body camera video. State police released the video on Tuesday.

While the Yale cruiser had a camera, it was not on and the officer did not turn on his body camera, state police said.

Limited video was released from the Hamden officer’s camera because he turned it on after the shooting started, according to police. 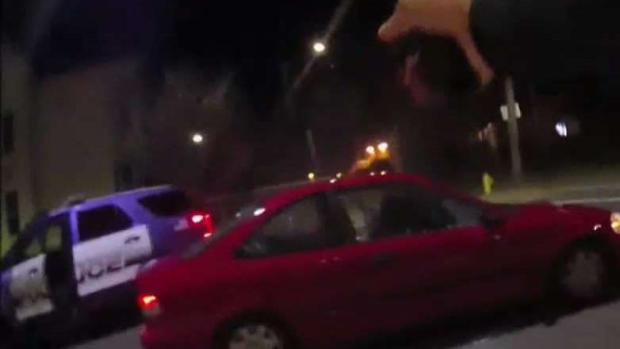 After days of demands for transparency, the body camera video from a police-involved shooting in New Haven has been released, but it may not tell the whole story.

Rev. Boise Kimber and other clergy and community members held a news conference Wednesday, calling for the officers to be fired.

“Dr. Martin Luther King talked about the urgency and there is an urgency at this present time that these individuals be terminated,” Kimber said.

Citing information compiled from researchers from his church, Kimber said the officers violated the departments’ own rules about notifying dispatch when they are attempting to stop a motor vehicle or get out of their vehicle to speak with a suspect or get the suspect out a of vehicle. He also addressed the lack of body cameras.

“When an officer is dispatched to a call or is in the process of searching for a possible armed suspect their body cameras should be activated immediately. That was not done from the Yale police officer. From the Hamden police officer, he activated his while he was shooting,” Kimber said.

Hamden police released a statement Wednesday morning that says the town’s police vehicles are not equipped with dash cameras. All officers have body cameras and the policy states, “At no time shall police officers disregard officer safety or the safety of the public for the purpose of activating or utilizing the body-warn camera.”

Both officers who were involved in the shooting have been placed on leave and state police said the investigation into the shooting and what actually happened at the attempted armed robbery could take months.

“They have violated every protocol of their department,” Kimber said of the officers who were involved in the shooting.

Hamden Mayor Curt Leng said no decision will be made about the officer’s employment until the New Haven State’s Attorney’s Office completes the investigation.

“I can assure you with 100 percent certainty that he will be held accountable for his actions in the town of Hamden,” Leng said.

Two people were in the car that officers fired upon. The driver, Paul Witherspoon, was not injured in the shooting and police said no gun was found in the car.

The passenger was injured and police said her injuries are not life-threatening.

“We praise God that these two individuals were not killed,” Kimber said. “You can imagine if that had happened in this city, what it would be like today and to say that you are going to wait until the investigation is over, we’re sending a message today – you will not wait. We will not wait. The urgency is now,” Kimber said.

A demonstration is planned for Thursday at 5:30 p.m. in New Haven and clergy members said they plan to march to the office and house of Yale’s president.

NBC Connecticut reached out to the Hamden and Yale police unions for comment Tuesday but have not heard back as of Wednesday afternoon.

“Yale is beginning its own review of the incident, and is engaging an outside expert to assist in that process. Yale police officer Terrance Pollock will remain on leave throughout the state’s investigation. Yale’s review and conclusions will ultimately require the results of the state’s criminal investigation, and we ask for the community’s patience as that process unfolds. Until the investigation is complete and all the facts are known, let us commit to refrain from drawing final conclusions about this incident,” her statement says, in part.

She went on to say that the investigation and reviews will enable Yale officials to determine next steps to prevent incidents in the future.