Per “News 8’s reporting,” a Yale University police officer involved in Tuesday’s shooting of an unarmed woman was himself wounded.

A state police spokesman confirmed Ofc. Terrance Pollock, a 16-year veteran cop, was injured as he and Hamden officer Devin Eaton fired on a red Honda from both ends of the car.  It’s unclear if Pollock was grazed or hit by a ricochet bullet from his own firearm, or from Eaton’s weapon.

Dramatic surveillance video shows Eaton take up a position at the right rear of the vehicle while firing into the car.  Pollock, who isn’t seen in the video, fired multiple shots from the front of the vehicle.  The two officers essentially were firing in each other’s direction when Pollock was wounded. 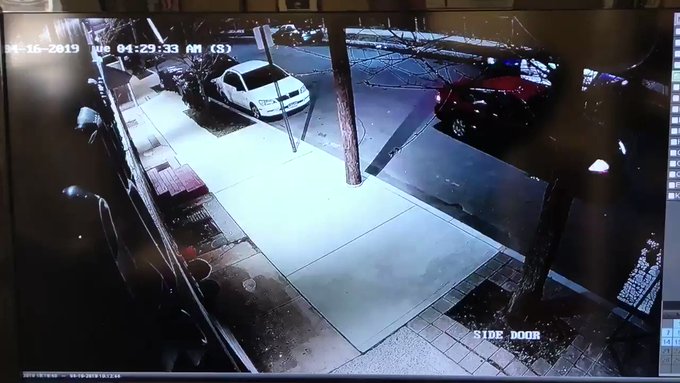 Stephanie Washington, 22, was in the front passenger seat of the car when she was shot.  Authorities have not said which officer’s bullet hit her.  She remains hospitalized in stable condition, according to state police. Her boyfriend, Paul Witherspoon III, 21, was driving the car.  He was not injured in the shooting.  Police initially said Witherspoon made an abrupt movement and ignored commands when officers opened fire.  Video released so far seems to contradict that account.

According to Hamden police, the car in which Witherspoon and Washington were in matched the description of a car reportedly involved in an attempted armed robbery.  No weapon was found on the couple.

“Per the request of State’s Attorney Patrick Griffin, the Hamden Police Department cannot release any video and/or audio recording pertaining to the recent “Officer Involved Shooting (OIS)” that occurred on April 16, 2019 on Dixwell Avenue and Argyle Street in New Haven. The purpose of this directive is to ensure the integrity of the investigation. The Hamden Police Department would like to assure our residents, residents of New Haven and the media that we intend to be fully transparent. We plan to release this information as soon as the State’s Attorney’s Office advises us that the release will not interfere with the ongoing investigation.”